I’ve been revisiting some old images, and found this one from a 2008 visit to Acadia National Park in Maine.  This one was overexposed but I was able to extract some lost detail and color in the sky, much to my surprise.  Shooting RAW is the only way to fly!   I believe that’s Otter Cliffs in the distance.  I love Acadia – it’s a do-not-miss destination especially if you time it right, and visit in the correct one to two week period for fall colors.   (Which varies year to year of course-usually sometime in October.)

The Fires Of Sunset

Sunset storm in Wichita, Kansas  about an hour ago.  My next few posts were supposed to be airshow photos, but this sky thing happened tonight so I ran out for a quick snap. 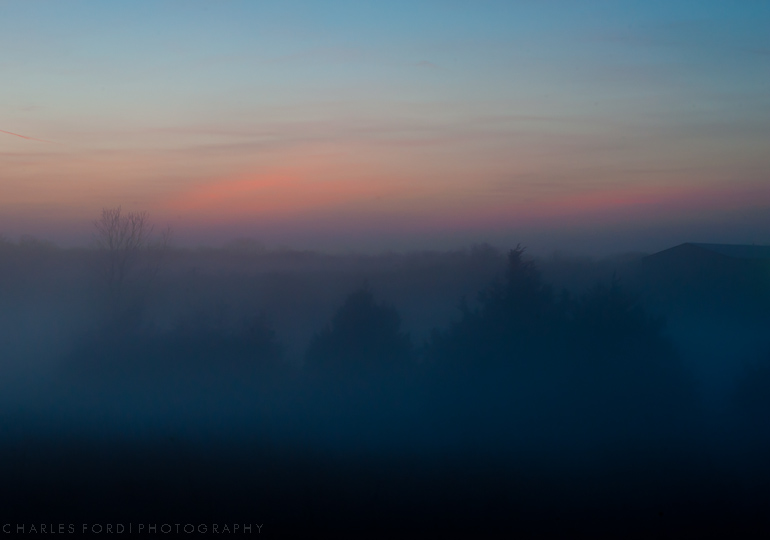 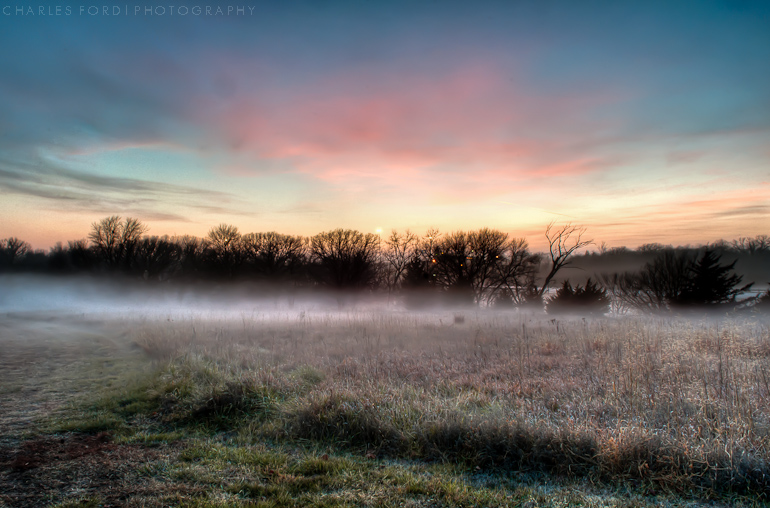 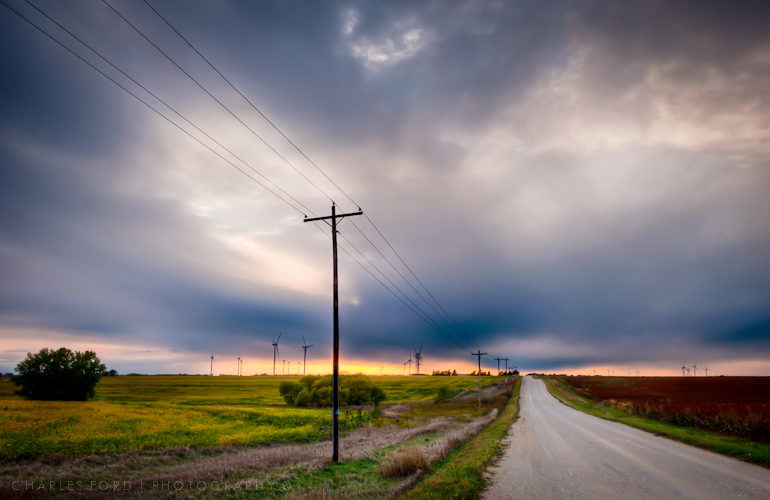 Prior to stopping at Sunset Road, described in my last two posts, on Sunday we first stopped at Hawk Road.   There was a wind farm in the distance, and  this is the one image from that stop that I kind of liked.  This is somewhat strange, because I generally despise power lines.   Sometimes though, if they are out in the country, receding into the distance, on old school T shaped poles ….they kind of work.   I may never admit to that again! 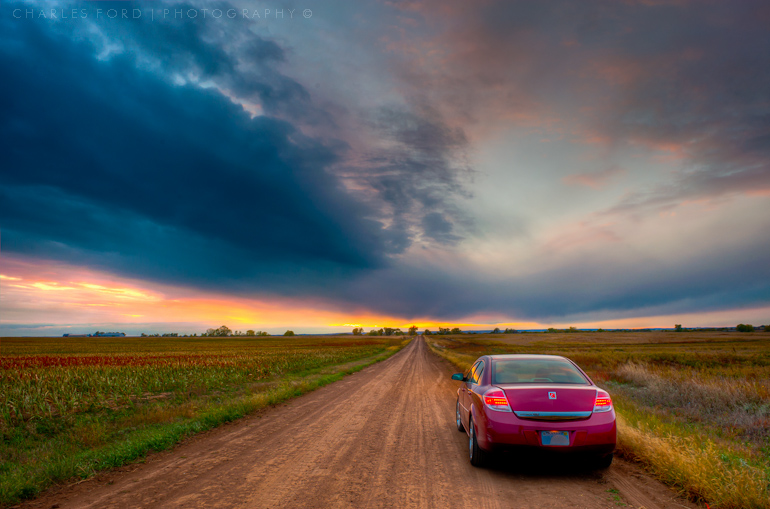 Yesterday I posted about the uncanny appearance of the aptly named “Sunset Road” on a trip home last Sunday.   This is the last image from that stop.   Usually I try and avoid man-made objects in a landscape, other than something  like a windmill or barn, but for some reason I included our car in this one.   I had been in front of the car a couple minutes earlier, shooting towards the sunset.   Once I got these up on the computer,  I liked the sky in this one better.  Amazing how much a sunset sky can change during two minutes. 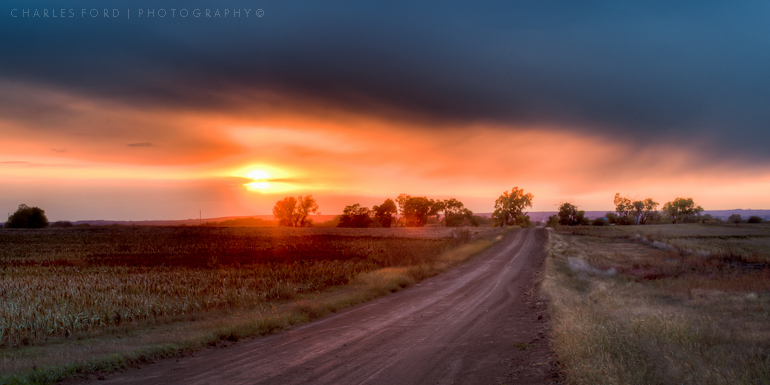 Last Saturday, on the way home to Wichita from northern Kansas, my wife, stepson, and I were  fortunate enough to be out on the plains as the sun set.  As usual, the urge to get home was powerful.   The sunset was only mediocre.   We made one stop, which only produced mediocre photos.   I was ready to stay on the highway and get home, but my wife and stepson urged me to stop again.  Usually I don’t get that much enthusiasm from the gang….so I thought OK, lets see if the next crossroad has a good name – not great criteria for chosing  a road for photography, but that’s how I was feeling.   The next green sign came up into view, announcing the name of the crossroad.    As I read the sign, it took a moment to sink in.   The actual, official, name of the road is “Sunset Road”.    Well if that isn’t a sign from above, I don’t know what is.   We pulled off and I shot for a bit.  The sunset never developed into one of those major shooting rays kind of thing, but it was very nice to be out on Sunset Road in the country.   Would I have stopped if the road was named “Smith Road”, or ” Rocky Road”, or whatever?…I don’t know.

Sunset at the Lake 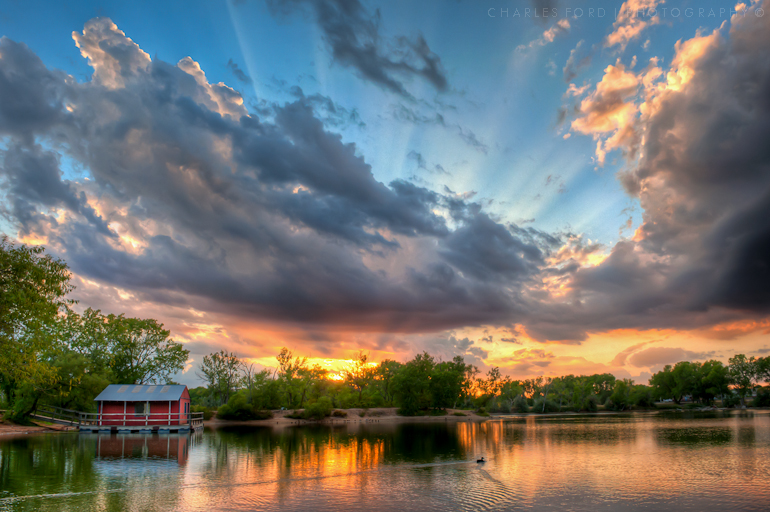 Mother nature must have known I needed new material.   The skies were interesting this weekend so I headed out to Sedgwick County Park in Wichita.  One of my favorite spots near the windmill was not working, the sunset was directly behind a big old ugly transmitter tower.   As sometimes happens, this turned out to be a fortunate turn of events as it forced me to find a new, better location from which to admire this handsome sunset.

In Search Of A More Perfect Sunset 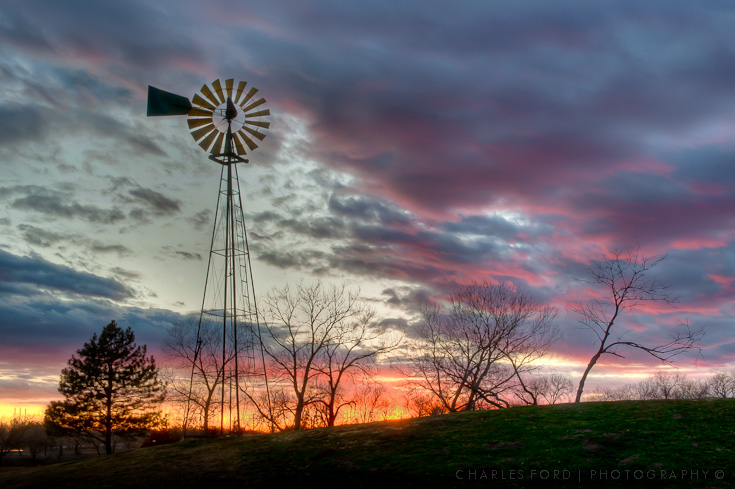 This one looked very  promising.  The windmill was even pleasingly aligned.  But alas, the hoped for super-spectacularness did not unfold.  But it was still pretty, just in a more subtle fashion than I had initially hoped. 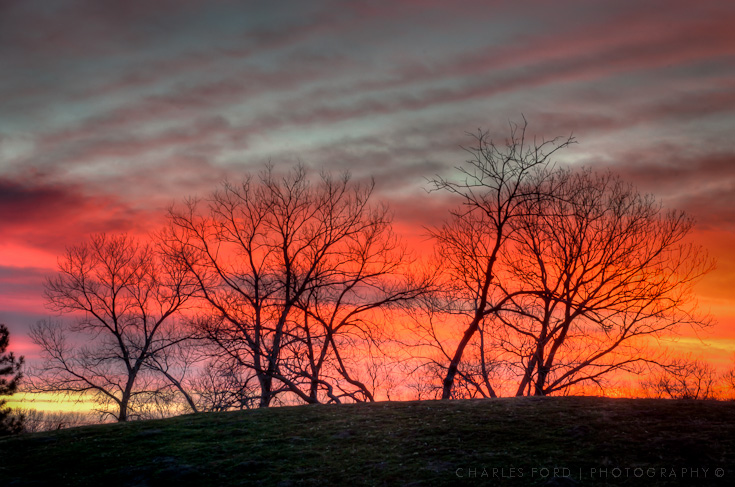 The other ‘keeper’ from last weeks sunset excursion.   As I said in the previous post, this color only appeared 15 minutes after actual sunset – I had almost packed up and left the area. 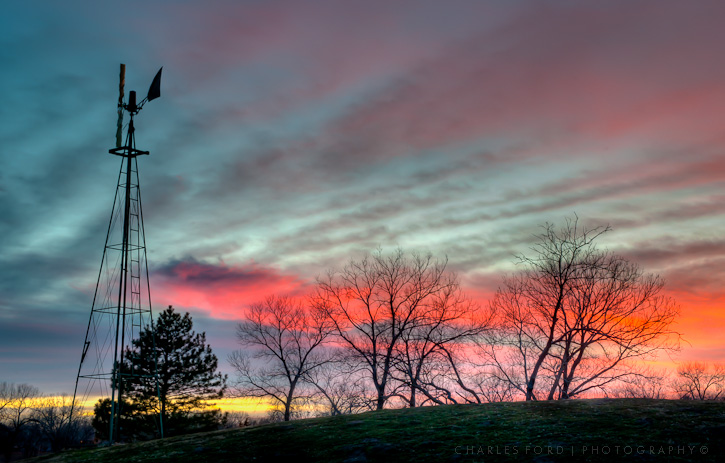 The weather was unseasonably warm yesterday, so I decided to drive out to a local park in case the sunset was interesting.  It wasn’t at first.  I shot for awhile, but saw none of the pinks or reds I was hoping for.  I waited a full 15 minutes after sunset, and still all I had was blues and grays.   I removed the camera from the tripod, collapsed the tripod, and prepared to walk back to the car.   Then I saw, through the trees on the southern horizon a little bit of pinkish clouds.   Sure enough, there was some pink in a cloud to the north as well, color that hadn’t been there a minute before.   I decided to wait for a minute….and quickly the sky to the west began to colorize alarmingly quickly.    I set back up and shot like crazy for the 5 minutes or so it lasted.   I already knew this as a guiding principle – you need to wait for awhile after sunset to see what develops.  It was just that this time it really looked like nothing would happen.   Wrong!   Patience pays off in situations like this, don’t pack up too quickly.

Something else that is illustrated by this image is that it is possible to shoot something like this in an urban setting.   The windmill is set on a small hill, which I used to block the biking path, lake, road, cars, joggers, and tall light poles beyond.  Not that there’s anything wrong with those subjects, but that was not what I was after this evening.  All that matters is what is in the frame.

This is a three exposure HDR, hopefully not overcooked.  The only thing I could have wished different was that the bladed wheel at the top of the windmill was turned more in profile.   I tried my telekinetic powers, but the thing wouldn’t budge.   You can’t have everything.