Blue Evening At The Keeper Of The Plains

Blackbear Bosin’s The Keeper of the Plains, located at the confluence of the Big & Little Arkansas rivers in the heart of my home town, Wichita, Ks.   The sky looked interesting this particular evening so I drove down to the Keeper and loitered about.   After getting soaked by a brief rain shower, things started to improve.   I have some images with more dramatic clouds, but I really liked the deep blue evening sky color in this one, contrasted with the artificially lit sculpture.   There are a lot of power lines in the area, along with a couple of tall suspension bridge towers (interesting subject for photos as well) so it is sometimes a challenge to frame the sculpture to exclude all those things. 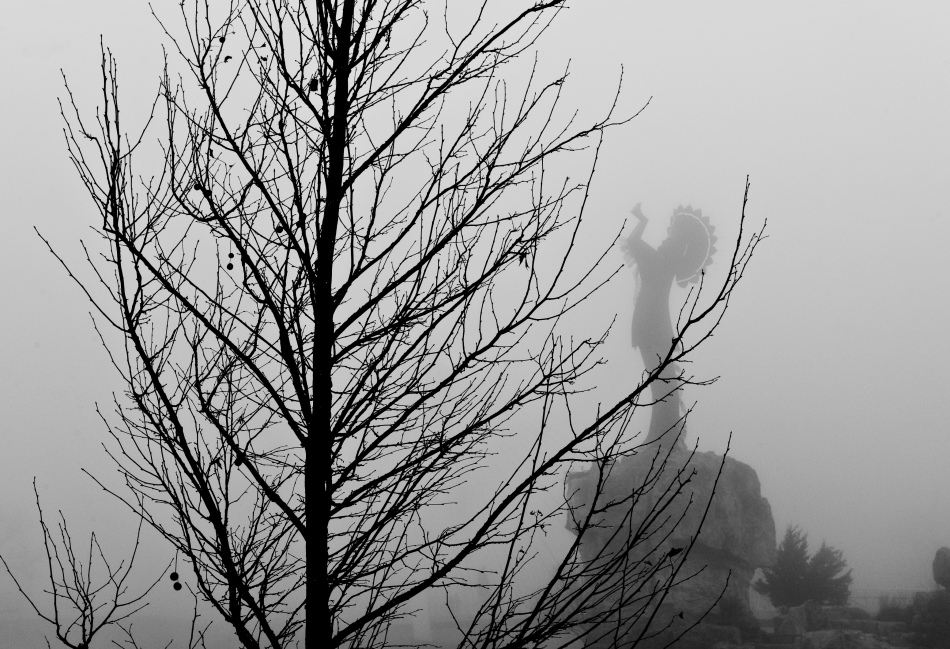