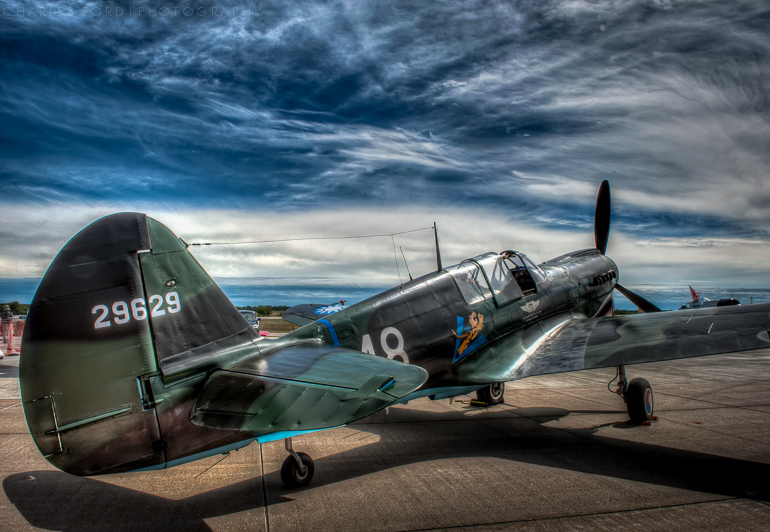 The mighty P-40 Warhawk, flown by the Commemorative Air Force.   The P-40 first flew in 1938, it was the third most-produced American fighter of World War II, after the P-51 and P-47.   Warhawks served all over the world in combat during the war.   I had never seen one in person, but thankfully one was on hand for the Wichita Flight Festival this year.    The P-40 took off in pursuit of the Japanese fighters in the Tora Tora Tora show, it was great.   Beautiful plane.   When parked, it was roped off in a way that severely limited the angles from which it could be photographed.  I would have loved to have been able to get around in front of it as well.

This entry was posted on October 11, 2013 by Charles Ford. It was filed under HDR and was tagged with Aircraft, Airplane, Airshow, Commemorative Air Force, Flight Festival, P-40, Photography, Photos, Sky, Warhawk.