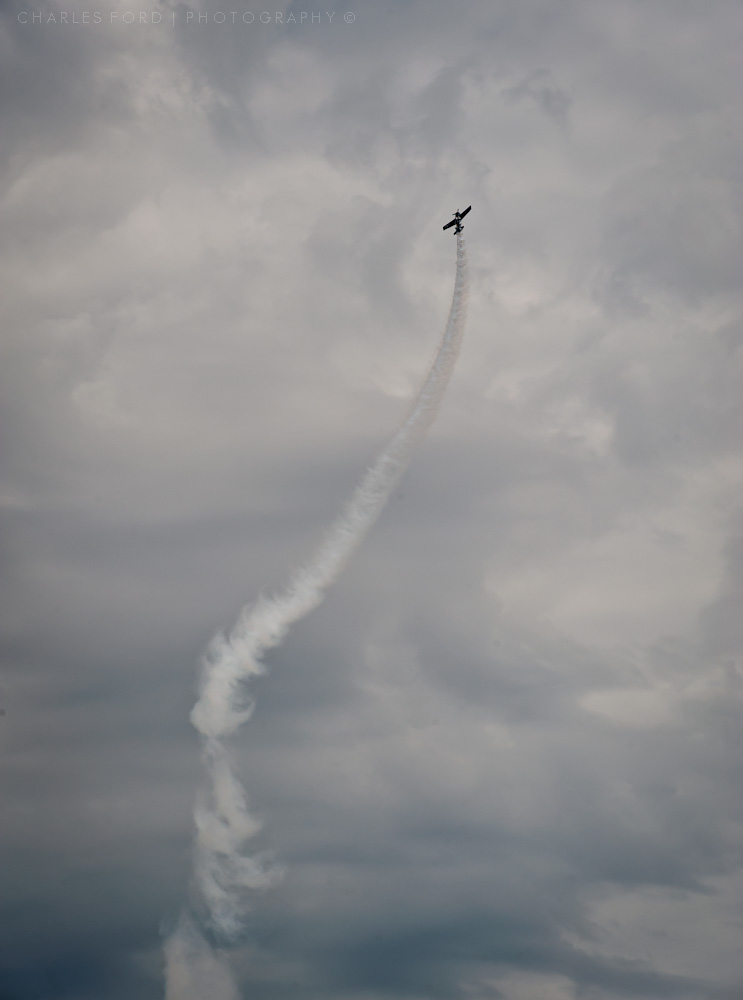 I attended my first airshow last weekend.  (My first since I was a young boy anyway.)   Fortunately there were no tragedies at this event, unlike other airshows over the weekend you may have heard about on the news.   I do not own a super long lens, so am not able to get those in-flight closeups that the airshow enthusiast photographers are capable of.   However I did have fun and learned a few things in the process.

In the middle of the show I recalled reading something in the past about shutter speeds and aircraft propellers.   Sure enough, there is a sweet spot for shutter speeds when photographing piston engine airplanes.  Too fast, and you freeze the propeller, making the plane look static and unnatural.   Too slow and you get a blurred plane.   Alas, many of my shots were at too high a shutter speed and I got plenty of frozen prop shots.   Nonetheless, I came home with quite a few images I was happy with.

The plane in the image above is a Grumman Wildcat, an American fighter aircraft used by the Navy in World War II.  As I arrived at the show, the Wildcat was mock dogfighting a Japanese Zero – for someone who was been interested in World War II aviation since he was a boy, this was great stuff!    I photographed the aerial acts, and the static displays on the ground, including some HDR which I will post later in the week.

The image below was one of the light aircraft on display, these machines are as lovingly painted and polished as any car at a car show.

This entry was posted on August 23, 2011 by Charles Ford. It was filed under Uncategorized and was tagged with Aircraft, Airshow, Flight, Photography, Planes.